Unless you’ve not been paying attention to the gaming world over the past few years, you’ve no doubt heard all of the controversy surrounding Konami and the Metal Gear franchise. As a longtime fan, it was a massive bummer to see how the franchise was handled and to hear the various reports about the poor working conditions that Konami employees were going through, including poor treatment after they no longer worked with the company. It was super easy to look at Metal Gear Survive, the next game in the now Hideo Kojima-less franchise, and think that it’s an easy cash grab. And it absolutely may be. But after playing the multiplayer beta, I have to say that there’s something about the actual gameplay behind Metal Gear Survive that actually seems a bit brilliant. 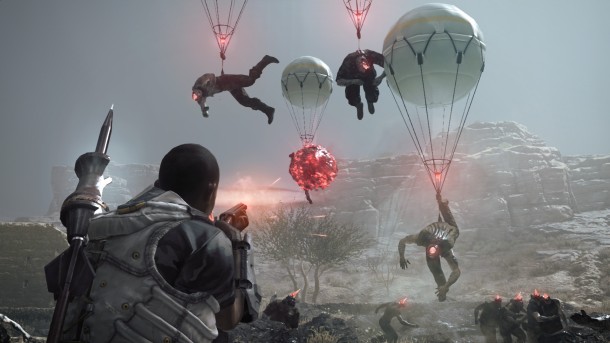 The same engine from Metal Gear Solid V is on display in this version of the game, although the plot seems to be drifting as far away from the mainline canon as possible with Survive. The game, supposedly, doesn’t feature much of the plot from the main games, with you playing as a player made character who’s been sucked into a different reality. In this world, you have to fight off zombies with giant crystals sticking out of their heads and avoid a weird dust that is covering parts of the world.

The beta featured a horde mode style mission where you have to defend a drill by building various perimeter defences. There are weird bomb zombies who will blow up and there’s this frantic pace of trying to stop these zombies while, at the same time, building defenses and also healing yourself from injuries like bleeding. The core loop of the game actually feels fun and if the survival mechanics don’t get too in the way, it seems like it could actually be a fun thing. 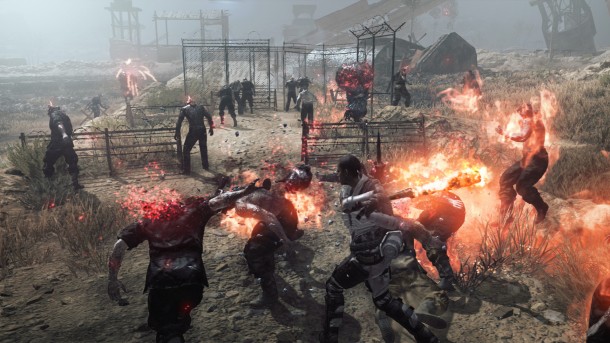 Which is a big problem if you’ve been as heavily invested in the “Fuck Konami” attitude as I have been. In short, it’s incredibly easy to hate a company when they are not producing something that you like. For example, EA has had very few to no games I’ve been interested in for a while. Same with Warner Bros. I can easily say that I dislike their business practices and I do not support them.

But what happens when there is something that you are interested in buying, even though the business practices may seem abhorrent. For example, Konami has been doing some incredibly bad things. If reports are to be believed (and there are enough reports that it’s easy to believe them), employees leaving for lunch breaks are monitored, video cameras have been installed in their offices to follow the movement of employees, staff who aren’t seen as “useful” are reassigned to menial jobs. Even after they leave the company, employees are supposedly blacklisted from jobs by Konami. It’s clear that nobody should actually want to work for Konami and you shouldn’t support them.

Beyond that, though, the game itself requires a constant internet connection, which didn’t work great for Metal Gear Solid V where hacking resulted in minimal action against hackers, who could effectively destroy the FOB mode. While the game does not outright include loot crates, it does include “Boost Passes” and other microtransactions that really don’t seem to make a lot of sense for this kind of game. We also do not know what the game will look like at launch, so there’s still a lot of questions about the game. Whether or not you support these kinds of game level choices is a purely up to the player, but it’s those company-wide practices that are, in my opinion, the most questionable. 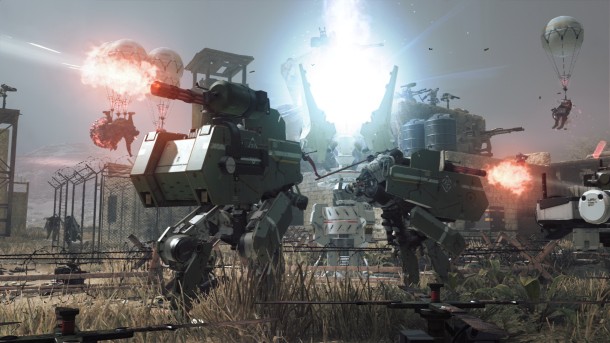 I actually want to play Metal Gear Survive but I don’t want to support the publisher. I don’t want to give money to a company that I view has doing abhorrent stuff. I don’t want to use this little platform that I have to give support to the company. But if this were any other company, I’d likely be saying that you support the games when they are good to show that it is the kind of content you want to see from those producers, even when you may dislike them.

This is a problem that we are seeing more and more as players are becoming more aware of the content they are consuming. The most obvious instance was with Shadow Complex, when it was revealed that Orson Scott Card, the author of Ender’s Game who has used his platform in the past to rant and rave about homosexuality, was involved with the production. Personally, I actively could not go back and play Earthworm Jim when I learned about the fervently anti-LGBT politics of Doug TenNapel. When I found out the title Armikrog involved him, I avoided it completely, despite the fact that I was interested in the games art style. We all have personal lines as to what we can support and those lines can be incredibly blurry when it comes to consumerism.

Obviously, over the past year there have been uproars surrounding various YouTube celebrities and the question of whether or not you can support the art while ignoring the artist’s personal views is larger and larger. For my part, there are a number of people who’s content I viewed several times only to stop as soon as their personal views fed into their creations. And ultimately, that’s a major part of the question. Does the creation reflect the creator or is it entirely separate?

In the case of a multi-million dollar game, that’s a bit tougher than separating out one single mind who is responsible for a majority of a creation. Earthworm Jim would not be Earthworm Jim without Doug TenNapel. But Konami is a sort of monster with no head. There is no one to target, no one to point to and say, “that’s the person responsible for all of it.” There’s no hero there anymore, following the departure of Hideo Kojima, and there really is no easily identifiable villain. If you dug into the company’s profile, you could say that it’s the fault of Takuya Kozuki, the company’s president.

But these games and these decisions are made by more than one person. It’s a faceless monster that you can’t really pin anything on, either way. You know that Konami is destroying lives. However, there is also a team of individuals who’ve worked hard on this title (though it could be argued under duress) and if this game bombs, what happens to them? If you abhor the things Konami is doing, you obviously don’t want to support the game, but if the game doesn’t sell, does that mean these employees are deemed as not useful? Do they get blacklisted if they are forced to leave the company? How can you separate out the art from the artist, in this case, when neither is really public? Even EA and Activision have a pretty transparent company hierarchy, but Konami is such a larger mystery with the number of things the company is involved in.

Ultimately, I don’t know if boycotting Metal Gear Survive actually does much in the long run for Konami. While I do support any user who thinks that they can’t purchase it outright, personally I don’t know how much it matters one way or another. With the production of the game being as underwraps as it has been, it feels like this might be the final breath for Konami in video games and, if that’s the case it’s probably for the best. And if you as a consumer say, “yeah, but I’m still not supporting this”, that’s a completely valid choice and, honestly the more admirable one. I think I’m still going to at least check the game out but I have no expectations that the game will have a sound business practice of post-release content once it launches and after seeing how badly the FOB stuff with MGSV was handled, it’s baffling to see them require this constant internet connection. 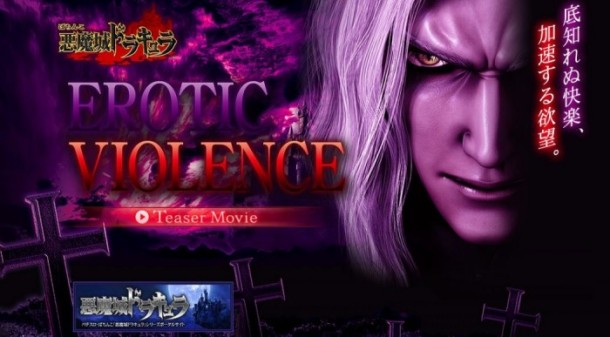 Konami is still a terrible company and deserves every bit of hate that we give them, but I still like what I played of Metal Gear Survive and without knowing what the specific conditions and who worked on this title, I just can’t put up much of a fight on this one. It would have been infinitely easier to yell and scream about Konami if Metal Gear Survive was outright bad. So far, it just seems like, as a game, it has bad business practices but has a core of a good game. 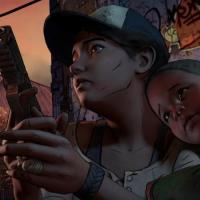 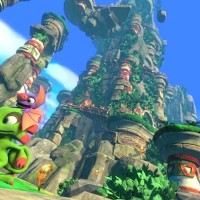