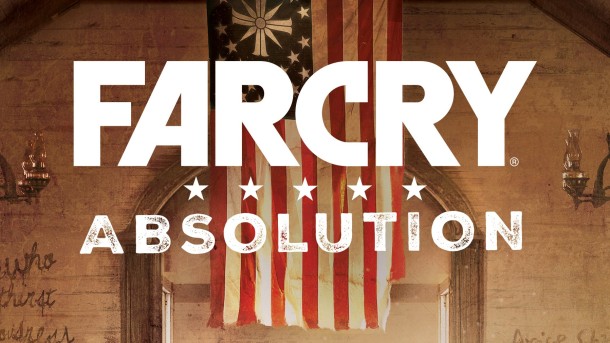 Today, Ubisoft announced the first novel based on its iconic open-world franchise Far Cry, Far Cry Absolution, will release on February 13, 2018. Far Cry Absolution will be published by Ubisoft’s in-house publishing initiative and distributed by Simon & Schuster in the U.S. and Canada, in eBook, hardcover ($27.00) and mass market paperback ($9.99).

Written by critically-acclaimed novelist Urban Waite, Far Cry Absolution takes place just before the events of the upcoming Far Cry 5 game. Nestled between the mountains and the plains in magnificent Montana, the small town of Fall’s End and its citizens are coming to grips with the growing presence of a fanatical cult in their daily life, the Project at Eden’s Gate. When the authorities refuse to investigate what happened to her parents and brother, local barkeep Mary May Fairgrave decides to take matters in her own hands. Up against an omniscient and dangerous adversary, Mary May stands little chance. But the unexpected intervention of long time cult member William Boyd will change her journey – as well as his.

“Far Cry Absolution gives fans the opportunity to immerse themselves in Hope County and learn the backstory and motivations of members of the Resistance that will join them in the battle against the Project at Eden’s Gate,” said David Bedard, Product Manager. “Far Cry Absolution also provides insight on the cult’s methods, and offers a chilling window into the effects they have on the local population.”

“I like that the Far Cry worlds are just a little outside of the norm and allow me to tell very human, and very believable stories. I was excited to bring this fictional small town in Montana to life. And the fact that Ubisoft decided to build this world in the Northwest, and that it shared so much with my own past novels, meant I could hardly resist. I’m glad I was able to bring these stories to the fans. Readers of this novel will surely understand more, and receive greater insight into the characters than they would have by simply playing the game; that was what brought me joy in bringing the characters of Far Cry 5 to life,” said Urban Waite, author of Far Cry Absolution.

Launched in 2004, Far Cry video games have sold more than 42 million units worldwide. The immersive first-player shooter saga is well known for putting players in exotic hostile environments, from the unforgiving lands of the Himalayas to the hostile plains of Africa. In 2018, Far Cry comes to America and will take players to Fictional Hope County, Montana, a serene-looking, yet deeply twisted world.