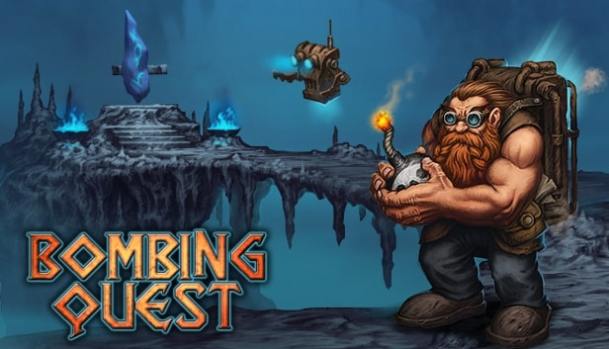 Team Puh is happy to announce their first game Bombing Quest will launch March 2020 on Steam. You wake up as a dwarf, chained in an exosuit with no memory of the past. Surrounded by the walls of an ancient temple, your only guides are mysterious shrines and a friendly robot – the suit support unit. You make your way out of the temple to find out that its builders have long been forgotten. Humans have settled over the ruins of the old empire. Fierce monsters roam across the land. Dangerous insects lurk in the shadows. Ancient rusty automatons dig towards the core of the world with relentless persistence. In the middle of all of this is you — the last guardian of a mysterious ark.

Bombing Quest stays faithful to the classic Bomberman battle mechanic – you fight on a grid, where you plant bombs that explode in four directions. Once inside a grid, you need to think strategically on where and when to plant bombs to damage the enemies without damaging yourself. As you progress through the game, the enemies will get quicker, smarter and develop more diverse attacks and behaviors. You must react and adapt quickly to survive and get answers.

You will find components and gadgets to upgrade your battle suit as you progress through the game. These upgrades allow you to produce more bombs with greater power, increase your health and speed, and give you new abilities. While progressing with the story you also learn 3 major skills: