This week join Addam and Kyle as we talking some of the latest games and the latest new popping up around the games industry. Addam is playing Remedy’s new title Control and thinks it’s going to end up being a Game of the Year contender. Kyle talks about his progress in Gears 5 so far and his take on Horde and Escape. We also talk SuperMassive’s Man of Medan and Addam compares the fun, campy horror game to the disappointing Blair Witch game. We also talk about the latest news from Nintendo, with a bunch of old stuff making its way to the Switch as well as some new announcements. Addam is particularly excited for the Deadly Premonition sequel. We also take some time to cover some of the tough news from various studios surrounding the terrible actions of game developers. 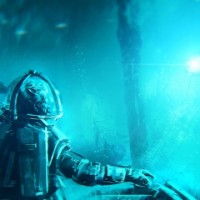