2018 was one of the best years in gaming in a very long time. Tons of indie standouts along with a bunch of AAA games were released throughout the entire year. With this console cycle in full swing, there were developers and publishers who took full advantage of the hardware, pushing out experiences with a remarkable coat of polish while simultaneously taking the medium in new directions. Others perfected or reinvented fan-favorite franchises and delivered the best entries in those franchises in quite some time.

Keeping with my recent tradition, there were so many games released in 2018 that it was impossible for me to experience the majority of them. With that being said, I felt like it would be appropriate to highlight some of my favorite gaming experiences from this past year and run down my Top 5 Games of 2018.

HQ Words premiered in late December as a spin-off to HQ Trivia, the mobile game which took the world by storm in 2017. It joined the original and HQ Sports in the HQ lineup of games. While technically still in Beta, there was no way that it wasn’t going to be part of my personal list since it has become a nightly tradition for me to join in and try to win my share of the nightly $1,000 pot. Similar to Wheel of Fortune, HQ Words is a word game that has you spinning for a letter at the beginning of the game. That letter auto reveals at the beginning of all ten nightly puzzles. After the host gives a clue, you have limited time (about 20 seconds per puzzle) to guess each puzzle. You can type in the remaining letters in any order but get a strike for any incorrect letter. Get three strikes and you’re out. If you get the puzzle correct, you begin the next round with no strikes.

As it stands now, the fastest three people to solve all ten puzzles share half of the pot, everyone else who gets to the end of the game take a share of the remaining prize money. In typical HQ fashion, that can range from a few bucks to a few cents depending on the amount of winners. Considerably harder than HQ Trivia, sometimes the game becomes more like HQ Sentences with some long answers towards the end of each game. Still, it’s a fun twist on a classic concept and I look forward on seeing how it evolves throughout 2019. 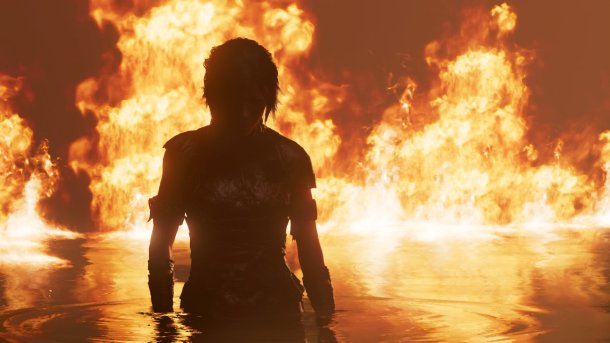 4. Shadow of the Tomb Raider

Shadow of the Tomb Raider is another solid entry in the franchise. What makes it stand out though, isn’t its story. It’s its emphasis on exploration and actual tomb raiding as opposed to combat like the previous two games in the franchise’s reboot. It sort of crept up on me at first. I was a few hours in and had only engaged into a minor amount of gun fights before I realized that I was spending most of my time collecting trinkets, hunting for supplies and exploring crypts and tombs. While it seemed like previous games had a 70/30 split on combat and exploration, this one seems like it has reversed course completely feeling like 30/70.  While tombs seemed like almost an afterthought in Tomb Raider and Rise of the Tomb Raider, Shadow of the Tomb Raider’s challenge tomb areas are larger and take longer to explore and complete.

While the story of Lara turning into a survivor in the reboot was the highlight of the game, Shadow’s story is quite honestly pretty forgettable unfortunately. It doesn’t hold up to the previous entries and while it starts with the great premise of Lara actually being the reason for the game’s apocalyptic happenings, it quickly becomes stale and doesn’t feel as fleshed out. Even so, it’s emphasis on exploration and it’s apparent focus on returning to its roots make it worth checking out for fans of the series and fans of action adventure games in general.

While the original Destiny’s expansion, The Taken King, was a significant entry in the franchise due to it giving actual character and story to the NPCs in the Destiny universe, Forsaken is a significant entry because it is where Bungie decided to take away a fan favorite NPC and kill of Cayde-6. (RIP Cayde-6, hope you’re having fun in Destiny heaven, running wild with all the farmyard livestock you can dream of.) But not only this, the death of Cayde-6 was just the beginning to an awesome space-western campaign where vengeance was the goal and where the motivations and actions of Guardians throughout the system where questioned.

Like all previous DLC entries for the series, Forsaken added in new gear, new enemy types and new locations. More significantly, it added in the new excellent PVE/PVP mode Gambit but also significantly changed gameplay with weapon randomization and weapon slot changes.  Bungie seems to have listened to its fanbase (for the most part) and delivered an epic raid encounter as well, significantly different from any other previously seen. These are all clear signs that Destiny 2 seems to be in the process of course correcting after a rocky launch in 2017. Pair this with the recent news that Bungie has split with Activision and now has full control over the franchise, the future for Destiny 2 (as well as the entire franchise) seems bright and Forsaken was the point where that became undeniable.

The fact that Battlefield V seems to be flying under the radar is astonishing to me. Even though it was released in late November, I’ve spent more time in Battlefield V than any other game in 2018. Like every Battlefield game, multiplayer is the main attraction to BFV. DICE has added in a number of improvement to the overall experience. Soldier movement has been updated meaning you can now back pedal while laying prone and you can now sprint while crouching. Enemy grenades can be thrown back to the enemy and the rag doll system has been overhauled. Blowing up an enemy with a frag will send the enemy into the air or tripping on an AP mine will send you flailing down a hill. Some of these can get hysterical looking but it seems to work beautifully the majority of the time. The destruction that you can achieve with bullets, especially for those wielding LMGs, has been ramped up and building destruction happens over time. If you place dynamite on a wall, the wall will collapse right away but the roof might end up falling down minutes later due to the previous damage to the structure.

DICE also has implemented a Fortification system. You can dig fox holes, place sand bags for cover or construct choke points by laying barbed wire if on defense. You can also rebuild parts of destroyed buildings for cover if the offensive team tries blowing them up right away, a prevalent problem from past Battlefield games. The revive system has also been overhauled with the Squad Revive feature. Now non-medic personal can also revive allies but only if their squadmates. Medics can still revive any ally, squadmate or not, at a faster rate and to full health. Still, a nice feature if you require more firepower for an encounter and don’t want to have a Medic in the squad at all times.

While random moment to moment encounters in multiplayer has always been the best part of any Battlefield game, DICE has not only delivered another top-notch multiplayer experience but the single player in BFV is the best it’s been since Bad Company 2. War Stories, which made their debut in Battlefield 1, are back. Each one is a couple of hours long and focuses on different characters in different countries during the war. Each one showcases different environments and tells the more personal stories one would associate with war. DICE has even released a new War Story from the view of a German officer post launch in a free update. Will be interesting to see if more single player content is released sporadically throughout 2019. BFV has gone the way of Titanfall 2 and all post launch additions will be released for free. One new map has already been released and a new co-op mode if set to release soon as well as a Battlefield take on Battle Royale. 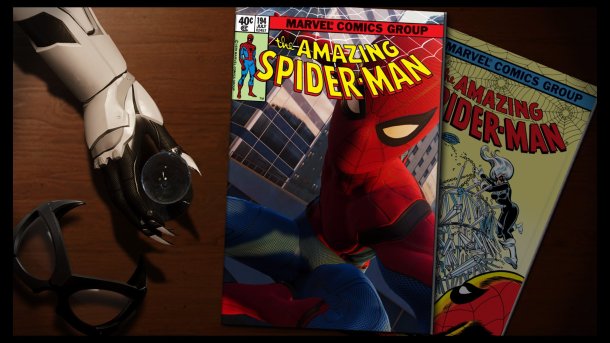 Spider-Man is my favorite Insomniac Games entry by far. I’m gonna be honest, when I heard they were handling the franchise for Sony, I was worried. I’ve never been a huge fan of any of their past franchises. I’ve never been so glad to be proven wrong. Spider-Man turned out being my favorite game of the year and (maybe??) my favorite comic book game of all time. Everything about the game feels great. The movement of swinging from building to building, the feeling of laying waste to bad guys, the sense of being a real friendly neighborhood hero while hoofing it on the streets with the everyday people. Everything about the game just screams Spider-Man.

Insomniac Games did a great job of creating versions of these characters that were recognizable but also unique in their own way. They then managed to write a great script for a game that could have easily been an entry at the movies or an entire arc in the comics. Seeing Mr. Negative, Scorpion, Rhino, Vulture, and Shocker joined by Doc Ock to begin the third act of the game was easily my favorite gaming moment of the year because I did not see it coming. Up until that point, the game’s focus on Mr. Negative seemed like it could last the entire game, leaving the Doc Ock villain turn for a sequel. Seeing them all come together on-screen was I’m sure was a memorable moment for comic book fans and Spider-Man fans in particular.

It does have to be said that Spider-Man ‘borrows’ much of its gameplay from the Arkham Games. In a lot of ways, it actually makes more sense for them to be in a Spider-Man game. The ability to swing and catapult through the city, the aerobatic fighting style, the quick reflexes to incoming danger; all seem to point more towards Spider-Man than Batman. Add in the great visuals that Sony exclusives are known for, a great cast, and terrific writing and you have Sony’s strongest exclusive of the year and my personal Game of the Year for 2018.

How can you not love a guy who lets random people sleep on him on the subway? 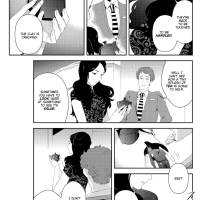