After much deliberation, arguing and debating, Pixel Related has come to our five best games of 2017. As in past years, we put no particular order on the runner-up winners, just naming the sole winner of Game of the Year. If you want to check out our full discussion and how we came to this list, be sure to check out our most recent episode of the Pixel Related Podcast here.

Runner-Up: The Legend of Zelda: Breath of the Wild

The risk that Nintendo took with The Legend of Zelda: Breath of the Wild is impressive. Not many developers would change vast portions of their consistently high quality games, especially at the launch of new, unproven hardware. Nintendo clearly knew what they were doing because Breath of the Wild is an amazing adventure from start to finish. The huge open world is both inviting and dangerous. Weapons break easily, enemies are daunting and the elements can literally kill you if you’re not prepared.

Once you do figure out how to survive, you will constantly marvel at how lovingly filled the environment is. Almost every little part of the map has something interesting to see, such as hidden Koroks, Shrines, quests or perhaps just cool looking ruins. It’s a game full of mystery and wonder unlike anything you’ve ever experienced in a Zelda game before.

PLAYERUNKNOWN’S BATTLEGROUNDS is by no means perfect. There’s certainly issues with cheating present throughout the game and the core reward loop could use some serious tweaking. However, when you think of games that defined 2017, PUBG has to be at the top.

As a game, it’s incredibly stressful. Knowing that you are one of, potentially, 99 other players and the odds are not on your side, can build for some nail-biting moments. However, the moment when you actually win is easily one of the most fulfilling things to happen in gaming this year. Getting that sweet chicken dinner feels like a personal victory unlike any other.

Games, at the most basic level, are made up of two things: gameplay and design. Super Mario Odyssey is the perfect marriage of both. The designs of the various worlds Mario visits are spectacular, taking him to locales unlike anything we’ve seen before. On top of all of that each world is designed perfectly for exploring every nook and cranny for the hundreds of moons found in the game.

On top of the amazing design comes what can only be described as perfect platforming. The controls are tight and the challenges varied from world to world. Your new sidekick, Cappy, breathes new life into fairly traditional Mario gameplay by not only allowing you to capture a variety of creatures but also giving you complex moves to pull off to make you feel like a true Mario pro. When a game gets both design and gameplay down perfectly, you know you have something special. 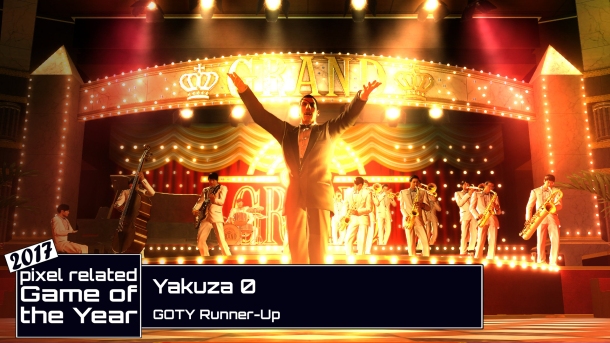 Maybe Yakuza has always been a good series, but we just didn’t know. In fact, that’s actually pretty likely. However, as an intro to the series, Yakuza 0 is perfect. Introducing you to a 1980’s Japan in the midst of an economic bubble is the perfect way to see what that world is.

Beyond that, however, are some truly memorable side-quests and characters. There’s also some surprisingly deep business management aspects. And beyond even that is a really interesting crime drama featuring people getting beaten with bicycles and traffic cones. You really cannot go wrong with any of that.

Nier: Automata is a game that defines what we think of as a “game-changer.” The themes dealt with may not be super uncommon in science fiction as a whole, but within games they’re often heavy-handed and over the top. However, Nier: Automata builds a world that feels complete and when the game hits the “twist” moment, you feel it while simultaneously realizing everything could only lead to this moment.

Gameplay-wise it feels pretty decent with some cool mechanics, such as the chip system that allows you to swap out HUD elements for special abilities. It’s not incredibly complex and while there is some repetition, the plot, characters, and world-building more than make up for it. Nier: Automata feels like it’s maybe the most philosophical game that has reached the “Triple-A” space and it doesn’t feel like it takes those elements lightly. Nier: Automata may not be technically super-impressive but that ultimately doesn’t hold it back from being our Game of the Year. 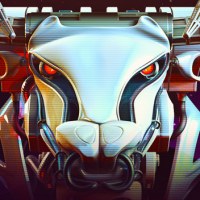