Harmonix is generally the developer you think of when it comes to rhythm games. Creators of Amplitude, Guitar Hero, Rock Band, Dance Central and more, you generally know to expect quality from them. Enter Super Beat Sports, a sort of sequel to 2015 iOS title Beat Sports. Now on Nintendo Switch, you tackle five different rhythm-based minigames that will challenge your timing, memorization and reflexes. You compete either alone, cooperatively with a friend or up to four players competitively.

Super Beats Sports’ legacy as a mobile game makes a lot of sense after playing through the Switch version. The game excels most at being a quick “pick up and play” title where you blast through a couple of levels and then set it down, rather than something you play for an extended period. Many of the five different mini games are repetitive or take longer than you would expect a typical level to take, making it a little uninteresting to play for long periods of time.

The entire game’s aesthetic is goofy, featuring humans interacting with a variety of alien species known as Muzicalians. Apparently, these aliens are obsessed with music and sports and therefore mix the two together to create rhythm-based minigames involving hitting pitches, playing volleyball and even a hockey inspired game that kind of plays like pong.

The game I enjoy the most is Whacky Bat, where you are hitting back pitches at aliens in time with a beat. Aliens will drop down in 3-5 lanes so not only do you have to keep a beat, but you will have to shift back and forth between lanes based on where you’re needed next. Playing this mode with a second players tasks you with only hitting pitches matching your color. On top of that if you both stand in the same lane, you end up with someone standing on the other’s head, which you will need to hit certain pitches. This mode is fun in solo but an absolute blast playing in co-op, requiring quick reactions and great teamwork.

Another fun one is Gobble Golf. This one plays out like Simon Says, where an order is laid out and then you must follow that order precisely in time with the music. Different aliens require different timing and they appear on three different islands, so you must memorize the order, timing and location. In co-op you also have the added requirement to only hit your color aliens, making things slightly easier, while aliens that are both colors are introduced that must be hit at the exact same time, making things significantly more difficult. This one falters a bit by taking a long time to play through a whole level. There are nine rounds per level, each consisting of listening to a pattern and then repeating the pattern once or twice depending on if you get it on the first try. While fun, it moves slowly.

The third level based mini game is the least interesting one by far. Net Ball is basically volleyball with two members on each side. A ball is hit back and forth, timed to music, and you simply need to hit it when it comes to you. The pattern of when it comes to you seems a little inconsistent. Usually it’s on a song beat that stands out a little more but I found times where the ball came at me fast and I was very unprepared, especially on the more difficult levels. This mode has no twists other than hitting the ball. No pattern to memorize, no lanes to switch between, just hit the ball. In two player it alternates back and forth between players but otherwise offers the same mechanics.

The last two minigames are competitive rather than tackling pre-made challenges. You can play with up to four players or against AI. Buddy Ball is a Hot Potato type game with three aliens on platforms. The type of alien determines how fast the ball moves to the next player. As a game progresses it gets faster and faster, with the alien type changing in each position. After enough hits an alien will change to a bomb. Hit the bomb, or miss a swing, and you lose a life. The last man standing wins. This mode is uninteresting, feeling more like something you would find in Mario Party rather than a fully fleshed out mode.

The last mode is Rhythm Racket, which plays like a complex version of pong. You defend your goal from 1-3 other players aiming to be the last player alive. Just blocking your goal will send the ball of slowly. Hitting A when it hits will send it off faster while hitting Y will set up a power shot that allows you to aim where it goes. The last player to hit the ball also gains control of neutral aliens on the field that let you redirect shots. Rhythm Racket is by far the most complex of the modes and the one that seems like it could be a fun competitive game to play. With changing configurations after every goal and wild four player action, it probably has the most potential of the modes in Super Beat Sports when playing with others. Single player, however, offers nothing but bot matches. No progression, no challenge mode.

Super Beat Sports is a seemingly quaint game at first. You see five modes that look like simple minigames and might think that is all there is. While technically true, the three main modes: Whacky Bat, Gobble Golf and Net Ball offer over 100 different levels to test your musical skills against. Adding a second player doubles this number with new twists and mechanics. Unfortunately, only two of these modes are really fun. The last two modes, Buddy Ball and Rhythm Racket, are certainly much weaker in that they are just repeatable minigames with no progression. They aren’t bad, but they aren’t compelling either, especially if you are playing solo. If you are looking for a game on your Switch that gives you bite-size chunks of fun rhythm gameplay, Super Beat Sports might be up your alley. Just don’t go in looking for much more than that.

A review copy of Super Beats Sports was provided to Pixel Related for review. 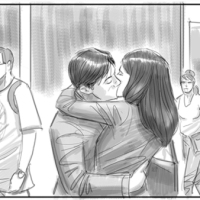