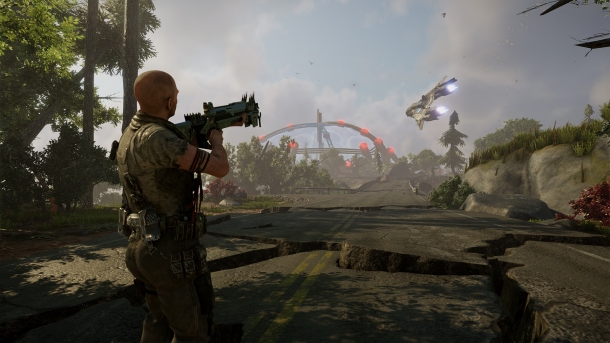 ELEX is definitely something unique. An open-world game, with multiple completely distinctive settings and tribes to interact with. There can be trolls, mechs and dinosaurs, all in the same area, providing something truly different. It’s also a technical disaster that will appeal to a hardcore crowd, but few else.

ELEX takes place on the planet of Magalan, a planet once similar to our own.  After a meteor crashes into the planet, all semblance of normalcy is thrown out the window. The planet is divided into three factions: the Bezerkers, who believe that technology is evil and return a medieval lifestyle, the Clerics, who believe that technology is the only salvation for humanity and who even worship a techno-god, and the Outlaws, a group hell bent on living out their Mad Max, Fallout fantasies.

The meteor also infused the planet with a new element, called Elex. Elex serves as a new form of fuel for the planet, but if humans ingest it, it can cause them to become addicts and mutants.  It can also transform them into superhumans. The Albs take Elex and believe they are the new dominant lifeform on the planet and begin a war with all three factions to take control of Magalan. 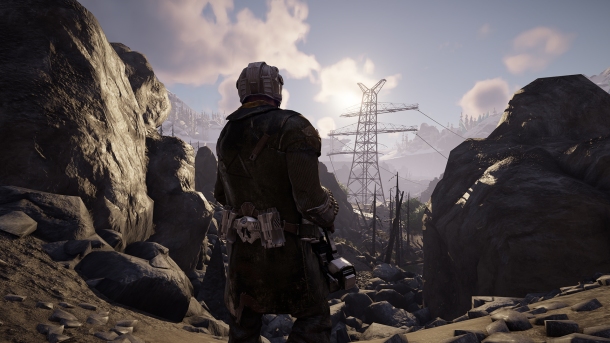 Jax is an Alb sent on a mission. In the process, he is shot down out of the sky by another Alb (in an unintentionally hilarious opening sequence) and left to die. Days later and the Elex has left his system, leaving him as a normal human. He has to decide who he’ll side with in the upcoming war.

The set-up is honestly an interesting concept. The world is huge, with each of the factions controlling a significant portion of land. When you first start, however, the world is insanely limited. The first big thing to know about ELEX is that it rarely messes around with difficulty. For a large number of hours, you will be out leveled by almost everything you come into contact with. Fighting a turkey-raptor-hybrid can be difficult, so imagine what happens when you start seeing the really tough enemies. There are Chimera, mutants, dinosaurs, and a huge variety of enemies littered throughout the world, but you will almost certainly be killed if you try to engage any of them.

Combat is similar to Dark Souls in that most of your attacks are governed by stamina. You have light and heavy attacks that can be comboed together to create a chain attack that can knock over certain creatures. It’s not until you unlock a companion that you really have the opportunity to explore the world. There’s this huge world with a ton of monsters throughout and you can get one hit killed, or ganged up on by packs of enemies and until you have someone alongside you, fighting is actually not worth it. 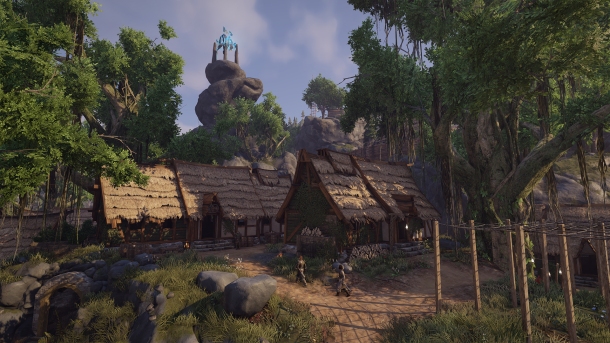 This heavily plays into the game’s philosophy of being able to go anywhere and build out your story. The start of the game heavily gates you towards siding with the Bezerkers by starting you in their area. If you want to go join the Clerics, good luck getting there as there are a ton of enemies between the starting area and where you need to go to become one. The same goes for the Outlaws. And if you decide not to go through one of the first missions to gain a teammate, good luck actually getting anywhere.

All of this would be significantly less intrusive if there was any decent way to level up, outside of doing missions. Enemies are incredibly difficult and give you a pittance of experience points for each encounter. Missions really are the only way you’ll gather any significant experience but if you’re not interested in helping out the Bezerkers, you are going to have a really slow time getting anywhere. 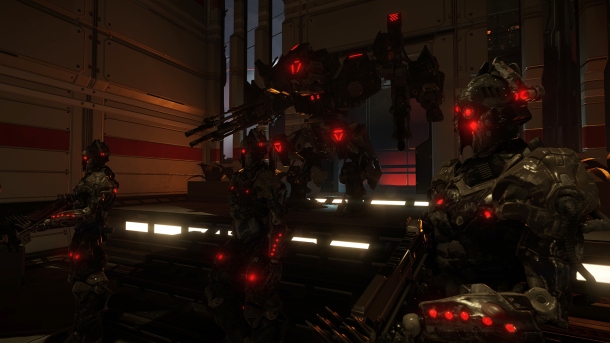 There’s actually a city somewhat north that could have been perfect to start out players to give them a chance to see all the factions. It is a melting pot of all three groups and gives you a general idea of what their environments are like. But by framing the game with starting you in one tribe’s area, you are far more likely to side with them, when there are far more interesting options around.

The game itself is actually kind of a mess, as well. Playing on the PC with a controller is not recommended at all, as there are several issues with it. Pushing in the left stick makes you run but also has you crouch if you are standing still. However, a lot of times the game just can’t tell the difference. You’ll be walking and trying to run and all of a sudden, start crouching. Also, there simply are times when you will be attacking an enemy and be surrounded by others, only to accidentally hit one of your allies and start a fight with them. Mouse and keyboard are obviously preferable but if you like playing third person games with a controller, you’re out of luck with the PC version, at least.

There’s a lot of interesting concepts at play, though. Missions are decently designed, even if the actual mission tracking is utter garbage (you have no idea if you are properly leveled for a mission and sometimes the game won’t properly track objectives). The leveling up system consists of a two tiered system, where one tier is your basic Strength, Dexterity, etc. systems, and the other is various skills that you can unlock depending on where each of those base stats are. However, it’s tough to see a noticeable difference in your character. Enemies can always kill you and can run half-way across the map to chase you.

The other idea that works decently here is your jetpack. Rather than having to do small jumps to get up a mountain, like in Skyrim, you get this jetpack that allows you to fly up in the air a good ways. However, it is absolutely trash at getting you around the world itself. Travelling is slow and monotonous and getting away from encounters you aren’t properly leveled up for can be incredibly slow. Ultimately, while it’s a nice addition, a horse or a car or something would have been far better served for getting around the world. 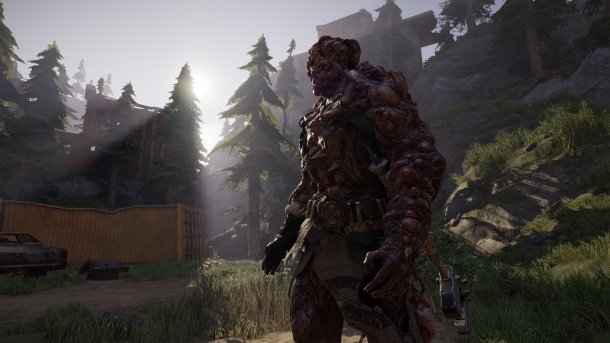 But the thing that is really going to decide whether or not you can enjoy this game is simple: can you put up with a whole lot of jank for what is ultimately a very niche game? There are people who absolutely adore the Gothic and Risen series from Piranha Bytes and they will likely enjoy this game, but if you’ve not seen their games before, you’ll likely be startled at how much jank is in it. Several instances forced me to reload a save because I was stuck in the world, characters would spin around in circles for no reason whatsoever, and the entire game felt like it could break at any point.

However, there are good, interesting missions and while the combat itself isn’t good, when you finally can hold your own, it’s not terrible either. There are interesting systems at play, but every so often the music will cut out or the voice acting will be laughably bad. It never goes into “So-bad-it’s-good territory,” but it’s also not so good that every single person will enjoy even the first few minutes of it. 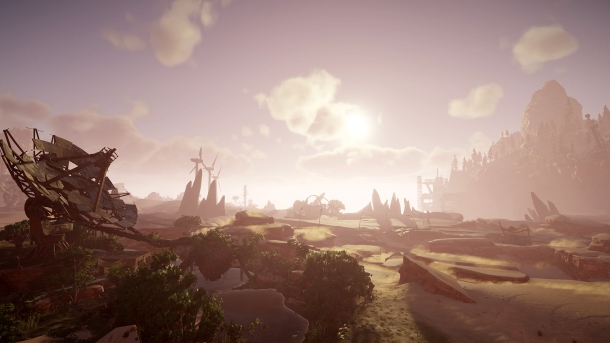 That’s a huge question considering the game costs $50. There’s a lot of content, but a lot of times, playing it can be a chore and it is so incredibly slow that frustration will likely set in for most players. While this game has some moments of brilliance, most will find it to be a tough game to sit through. More power to you if you can put up with how broken this game feels, but until some serious issues are addressed, it just feels far too large for the ideas it’s trying.

A code for ELEX was provided to Pixel Related for review.