Boston-area developer The Deep End Games and publisher Feardemic are pleased to announce that Perception, the first-person narrative horror adventure, will be coming to Xbox One, in addition to previously-announced plans for PC and PlayStation 4. The news is accompanied by a brand new trailer, which showcases the haunting, unique experience players can expect.

In Perception, players will experience what awaits a young, blind woman named Cassie who depends on her ultra-sensitive hearing to solve an ancient mystery and outwit the forces that pursue her when the game launches simultaneously on all three platforms.

“We didn’t want to leave Xbox One players in the dark—no pun intended—by supporting their console of choice,” said Bill Gardner, creative director at The Deep End Games. “We’re really excited that Xbox fans will be able to experience the unique world we’ve built in Perception.”

After months of research, Cassie has discovered an abandoned mansion in Gloucester, Mass. Once there, she finds that Echo Bluff is worse than her nightmares. A ghostly Presence has tormented its inhabitants for generations, and it now hunts Cassie. She must solve the estate’s mysteries or become one of its victims.

Cassie finds her way by tapping her cane and can “see” via echolocation. She needs to avoid detection and uses ambient sounds of the house to help her navigate or uses objects to create distractions. Every sound creates a visual. But there is a cost…sound will reveal her location … and her worst enemies. 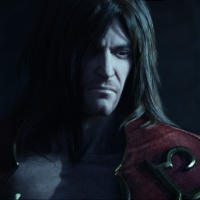