To enter, just leave a comment on this post telling us your favorite all-time Batman story. It could be from the comics, the games, the cartoon, the movies – wherever you want. Maybe you really love The Killing Joke graphic novel or love Batman: Arkham Asylum from Rocksteady Games. Maybe one episode of the Animated Series still resonates with you and you feel it is the best story starring The Dark Knight. Just let us know and you’ll be entered in our random giveaway.

The giveaway will end on Tuesday, December 13th at 6PM EST.

Check your email for your code for the Season Pass to Batman – The Telltale Series on Steam.

Once again, thank you to all who entered. Be sure to follow, like, subscribe, review – all that good stuff on all our social media accounts. Doing that will help us get more codes which means more giveaways! 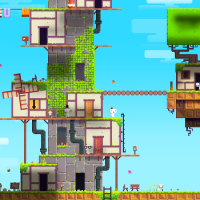