Trucks are in right now. You’ve got American Truck Simulator, Ice Road Truckers, there’s that Netflix show Trucks Are the New Black...okay, maybe not that last one. But the whole idea of ‘truckin” has at least gained a bit of popularity recently. Clustertruck has absolutely nothing to do with trucking, outside of the fact that there are trucks in it.

Clustertruck is a score attack game where you have to jump between trucks driving in incredibly hazardous places to reach a goal. There’s a pack of trucks which are all barreling down a road, which may or may not collide with the environment, fly off cliffs or drive through laser walls. Levels become absolutely ridiculous by the end, culminating in you having to climb your way through truck hell. 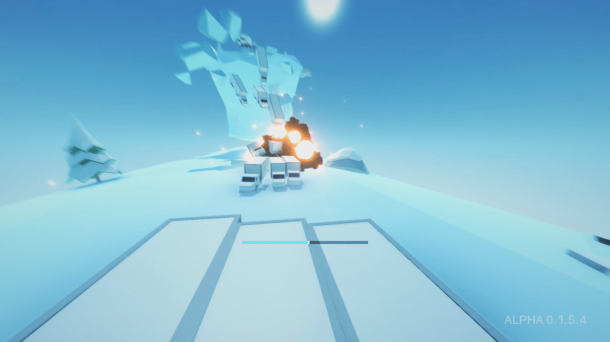 The design is simple, with minimal details being put into the world. This, however, does work to the game’s advantage by making your examine the what is happening in the world, rather than looking at how good the world looks. It’s definitely not a terribly bad looking game by any means, but the design works to make the player pay attention.

This becomes incredibly important as the game starts out simple, but eventually adds in a ton of tricky design. While you start off just having to jump to the end of the level, eventually you have to use the propulsion of trucks being flipped through the air in order to hurl yourself to the next set of trucks, all the while avoiding hitting anything within the world. This can be inconsistent, however, as some pieces of the environment can be jumped upon and even used to beat levels. One late game level has a set of crosses you can jump onto to gain height and avoid doing most of the level. However, this inconsistency can be frustrating when you nearly reach the end of a level, only to graze the corner of a building and die, forced to restart the entire thing over again. 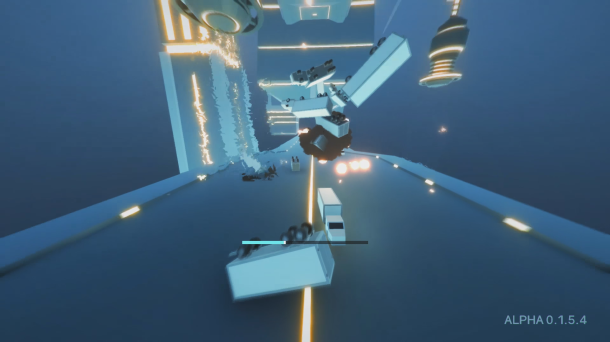 The game does give you plenty of additional tools to help you through. At the end of each level, you get style points which can be used to purchase bonus powerups, like a double jump or a grappling hook. These powerups become almost a necessity, as levels seem like they require a little something extra to get to the end. The double jump seems especially handy, as if you land just right on the back door of a truck, you can actually propel yourself incredibly high with your double jump. It feels like a broken way to play, but that often adds to the charm of the game.

The character movement feels responsive and getting to the end of a level after dozens of retries is incredibly rewarding. If you want to make your game even more brutal, though, play it with the Twitch.Tv integration, which allows viewers to vote on random modifiers to the game. These can shrink your trucks down, add lasers to the back of the trucks and have random Earthquakes happen. It would be nice if you could simulate this when not on Twitch, though, as the modifiers can add challenge to otherwise boring levels. 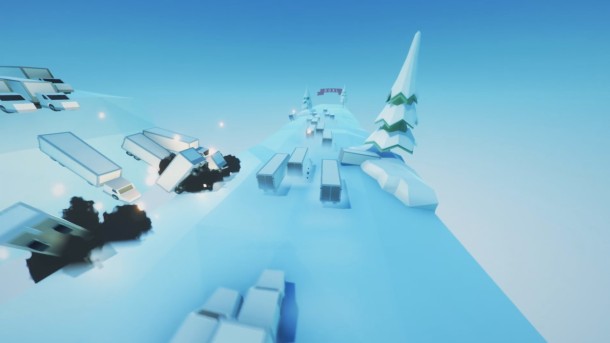 One of the biggest issues, however, with Clustertruck is a lack of repeatable results in some levels. There are times when the trucks will travel at different speeds or a piece of the environment will get in the way, causing you to either have a much better score or a much worse score. While there are definitely some tricks that will allow you to jump past huge portions of levels repeatedly, there are plenty that require a lot of expert timing and precision and with somewhat random results on many occasions, this can become incredibly frustrating.

Thankfully, most of these levels are relatively short, meaning you get a lot of chances to try out different things in a short span of time. However, this also has two major downsides. The first is that, without a quick reset button, you have to die or restart from a menu. This can take seconds, but considering that levels take seconds to complete in many instances, this feels like lost time. 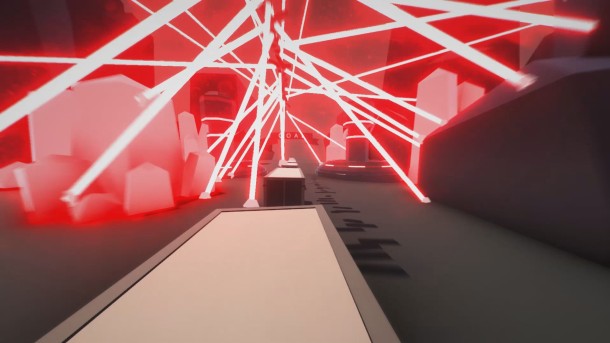 The second problem arises near the end of the game where levels take much longer to finish. The final level can take minutes to finish and in a game where you measure everything in seconds, this is incredibly frustrating. What’s more is that, while normally you can cheap out a lot of levels, the final one requires you to perform near perfect platforming against a time limit. It feels massively out of place in this game.

It should be noted, too, that while this game does have controller support it’s not recommended unless you have incredible dexterity. You have to hold triggers to run, bumpers to activate power-ups, the A button to jump and both sticks to move and aim. It feels like this game was built for a mouse and keyboard and using a controller may make your experience even more frustrating. 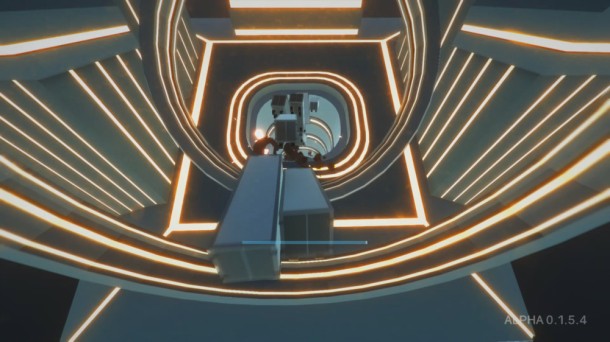 Clustertruck is kind of broken, which is kind of great and kind of frustrating. Make no mistake, beating a level after dozens of tries is incredibly fun and the ridiculous puzzle platforming required can be extremely satisfying. However, not being able to consistently repeat your results can be a huge pain, especially without any form of quick restart. The Twitch integration is smart, but without any offline version of this, you have to wonder how many people will actively have enough of an audience to make this work. Ultimately, Clustertruck is defined by how much patience you have. If you are easily frustrated, avoid it at all costs but if you can roll with the punches, you’ll likely find something to enjoy.

A code for Clustertruck was provided to Pixel Related for review. 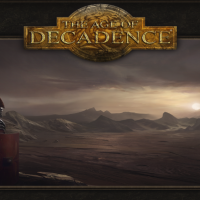