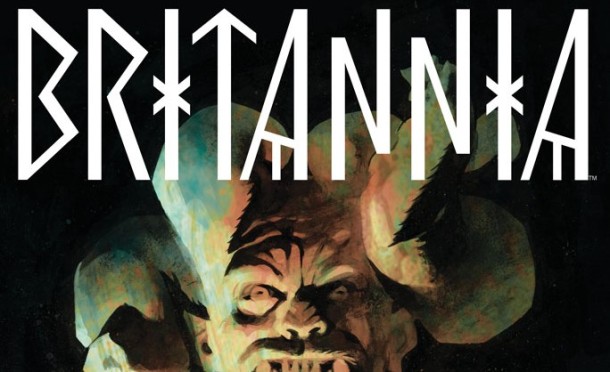 In the tradition of DIVINITY, bear witness to Valiant’s latest groundbreaking epic!

Valiant is proud to announce that BRITANNIA #1 (of 4) – the FIRST ISSUE of the haunting, VALIANT PRESTIGE-format limited series arriving on stands September 21st – is expanding to a colossal 40 pages of all-new content for the standard $3.99 cover price! It all begins as multiple 2016 Harvey Award nominee Raul Allen (WRATH OF THE ETERNAL WARRIOR) joins comics visionary Peter Milligan (Detective Comics) and incendiary artist Juan Jose Ryp (NINJAK) for a psychotropic introduction to Nero’s Rome and the secret forces that govern the world of civilization’s first detective!

Then, recount the factual basis for Valiant’s harrowing historical journey with an in-depth textual exploration from Dr. Karen Klaiber Hersch, Associate Professor of Greek and Roman Classics at Temple University. Outlining the social, cultural, and mythological importance of the cult of the Vestal Virgins in first-century Rome, this first of several exclusive backup essays examines the real historical underpinnings of Milligan and Ryp’s horrific tale of terror, temptation and bloodshed in the remote colony of Britannia. 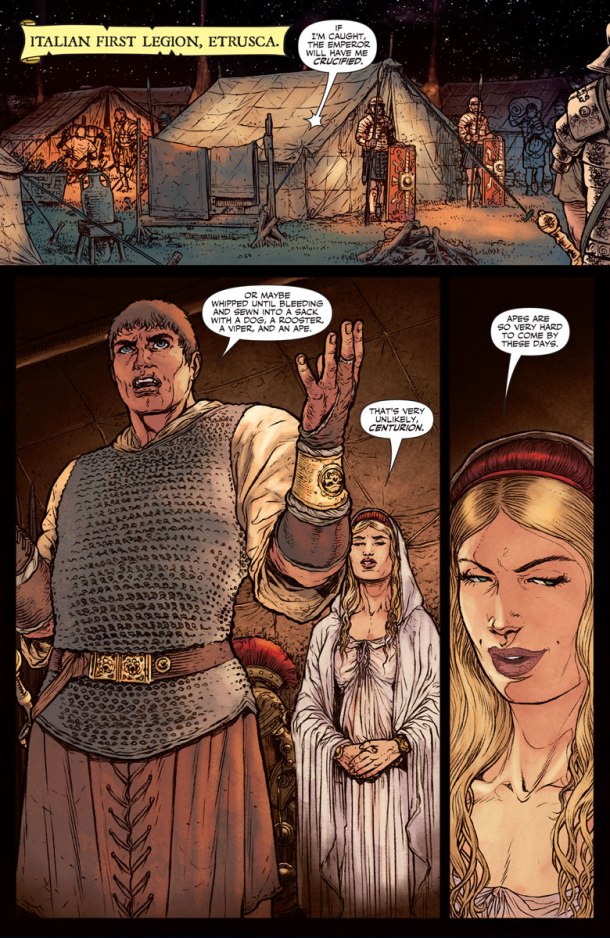 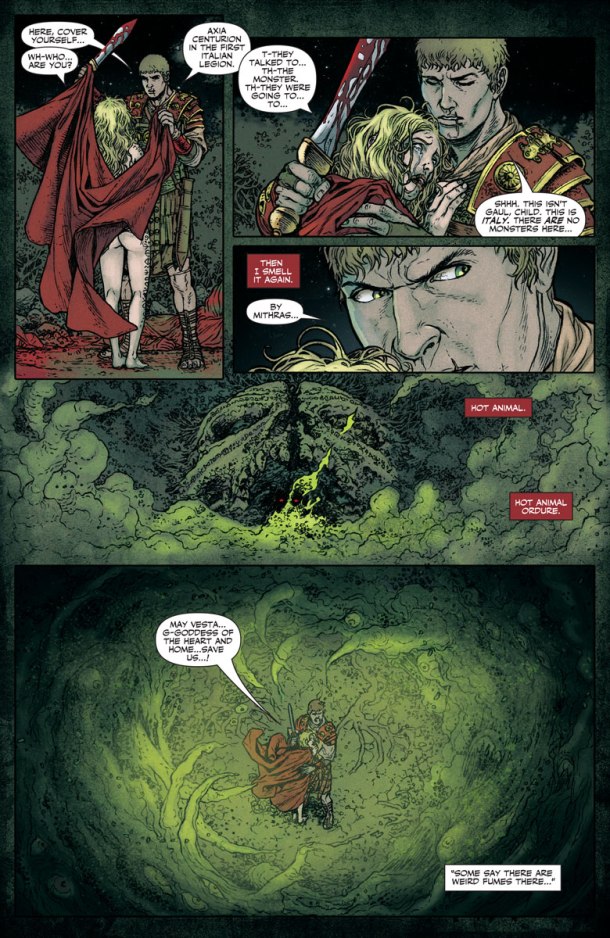 Ruled by the Fates. Manipulated by the Gods. Commanded by Caesar. In the year 65 A.D., one’s destiny was not his own. At the height of Nero’s reign, a veteran of Rome’s imperial war machine has been dispatched to the farthest reaches of the colonies to investigate unnatural happenings… In the remote outpost of Britannia, Antonius Axia – the First Detective – will become Rome’s only hope to reassert control over the empire’s most barbaric frontier…and keep the monsters that bridge the line between myth and mystery at bay…

On the fringes of civilization, the world’s first detective is about to make an unholy discovery… On September 21st, join master-class creators Peter Milligan, Juan Jose Ryp, and Raul Allen firsthand as they plummet into the uncharted depths of history’s most barbaric frontier in search of its secrets, only in BRITANNIA #1 (of 4) – featuring covers by Cary Nord (X-O MANOWAR), Lewis LaRosa (BLOODSHOT REBORN), Andres Guinaldo (Justice League Dark), Ryan Lee (Inhuman), and Dave Johnson (Superman: Red Son)!