Introductions for these reviews can be tough. Games that have you shooting or have you running from terrifying creatures are simple, but then you get somewhat abstract games. There are games that are really unlike any others you’ve seen and describing them can be nearly impossible. For example, how can you describe a game where the whole concept of it is having to read a manual? Keep Talking and Nobody Explodes sounds like one of the most abstract concepts for a party game, but in a strange way, it’s one of the most fun and stressful party games.

Keep Talking and Nobody Explodes is a multiplayer game, where one player reads a manual and another person views a screen with a bomb on it. Each player is not allowed to look at what the other is looking at. The player who is looking at the screen needs to talk to the player reading the manual, or “expert”, and communicate what they are seeing on the bomb. The expert needs to basically ask questions about each part of the bomb in order to tell the diffuser what to do exactly. All the while, the timer is ticking down. If you fail to do the tasks, you explode.

Each bomb has different sets of “modules” to them. These modules start off simple enough. You may have to choose which wire to cut in a series of them or you might need to press a certain set of buttons in a certain order. Then, you begin to get more of these until, eventually, you are given new sets of modules. You eventually start having to memorize which buttons you need to press. Eventually, the stress becomes crazy, as the modules increase in difficulty.

There is one module that requires you to use a Venn diagram to determine whether or not you need to cut each wire in a series. Others will require the expert to lead the diffuser through maze. These can be really overwhelming for the expert, especially when you first come across them and are trying to explain exactly what to do, while you yourself are trying to figure out how these work.

Eventually, the bombs begin to add in “needy” modules. These modules are simple enough. Press a button before their own, separate timer goes off and avoid exploding. However, these timers are usually much shorter, meaning you’ll need to stop whatever you are doing to press the button. It’s a simple way to add a new level of complexity to systems you might be already familiar with. 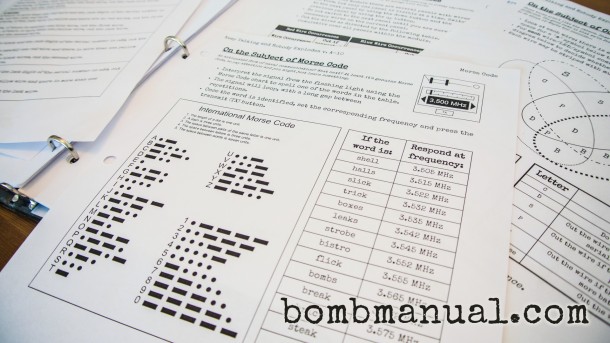 Keep Talking and Nobody Explodes can be incredibly fun, but you might want to only play for short amounts of time. Playing for too long can actually test your own stress limits in a way you might not be able to imagine. Trying to calmly explain what to do, all the while knowing that any miscommunication could spell disaster is stressful enough, but then also having your partner try to hurry you up because you only have seconds left can easily raise your blood pressure. However, if you ever have that magical moment where you literally defuse the bomb with 2 seconds remaining, you’ll be able to see why this game is as good as it is.

A code for Keep Talking and Nobody Explodes was provided to Pixel Related for Review.