Even though Fergusson stated that Ultimate Edition would be bundled with “every Xbox One sold”, it seems that only the 500GB systems are included. The recently announced 1TB version of the console that retails for $399 seems to not qualify for the offer.

It seems like a smart idea to bundle one of Microsoft’s flagship franchises with the outdated 500GB version of the Xbox One to clear out inventory. Even though it’s only a remake, seeing a free Gears game on the box should help move some units to those who haven’t pulled the trigger on updating to the Xbox One yet.

Gears of War Ultimate Edition is scheduled to release on Xbox One on August 25 for $39.99. It has also been announced for PC, although no release date has been confirmed. 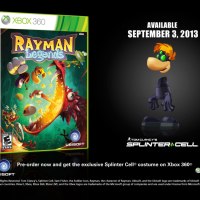