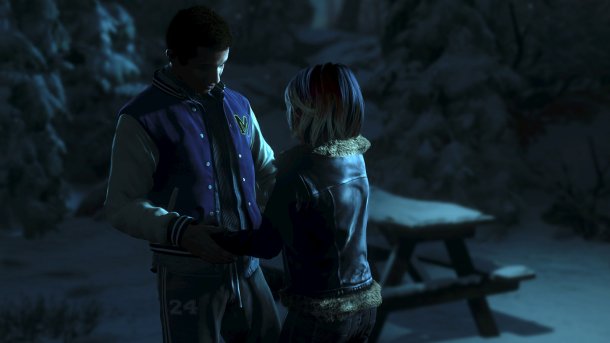 According to Pete Samuels, Executive Produce at Suppermassive Games, we only have to wait until August 25th to control the fate of virtual Hayden Panettiere and friends.

Samuels also announced another cast member. Peter Stormare, who you’ll remember if you’re an oldie like me from Fargo and The Big Lebowski, will also provide his voice and likeness to the game. If you’re a youngin, you might recognize him from Arrow and Prison Break.

Samuels went on to write:

He gave some incredibly powerful performances in the motion capture studio and you can tell from the end result in the game that he had some fun with the character. We couldn’t be happier to have him in the games and I can’t wait for you to see him in full flow.

Now that there’s a firm release date, a pre-order incentive was also announced. Those who pre-order the game will get access to an exclusive scene of the game where new couple, Matt and Emily, are out on a mountain and realize they might not be alone. Spoiler: they have sex and get killed. Well, maybe. I don’t make the rules damnit!

Here’s that new trailer. Let us know if you plan on picking up Until Dawn in the comments below.