Daredevil is a welcome change of pace in the Marvel Cinematic Universe.

While Guardians of the Galaxy turned the humor dial up to an eleven, Daredevil turns it back down to a two and trades all the family-friendly bits present in previous Marvel efforts for much darker, grittier elements. More crime-drama than superhero fare, it takes its time revealing the backstory of Matt Murdock (Charlie Cox), blind attorney at day and blind vigilante at night. And just like its main character, its top notch fight scenes brilliantly focus just as much on what the viewer can hear – heavy breathing, cracked bones, oozing blood – then what they can see. There are even times when a fight continues off screen and all you can hear are blows being dealt or a hail of gunfire, a perfect way of dragging you further into the world of the Devil of Hell’s Kitchen.

With New York still rebuilding after the events of The Avengers, crime lord Wilson Fisk (Vincent D’Onofrio) has a vision for Hell’s Kitchen’s re-development. As any good crime lord might think, human trafficking and drug dealing are essential to the plan. Fisk, a.k.a. “The Kingpin,” and his associates represent The Big Bad for this entire first season. Murdock spends much of his time trying to identify the man at the top of this criminal network and eliminating its components, piece by piece.

D’Onofrio is masterful at portraying Fisk. He brings a creepy, almost child-like element to him. His large build and physically imposing stature are essential to playing Fisk. Put both those elements together and you get the compete antithesis to Murdock. While Fisk seems almost invulnerable, Murdock gets hurt a lot (and I mean a lot) in his battles on the street. So much, in fact, that he needs constant aid from Claire Temple (Rosario Dawson), a nurse he meets early on in the season. Cox did a good job of bulking up for the series but at just the right amount. He’s still physically vulnerable and this leads directly to how the season ends.

Daredevil also does an excellent job of incorporating Murdock’s occupation as a lawyer into the show. The first case for Nelson and Murdock introduces us to Karen Page (Deborah Ann Woll), who plays a big role in the overall Daredevil landscape, as well as including cases that juxtapose Murdock’s intentions of cleaning up the streets as Daredevil and winning cases as a defense attorney. The two should be in constant flux and are essential to the character of Daredevil as a whole. How can you clean up your city if your day job might need you to defend someone you know shouldn’t be allowed back on the street? How far would you go to correct that injustice?

Murdock’s longtime friend and partner Foggy Nelson (Elden Henson) provides the comic relief for the series. While his cheerfulness and joy might be a bit off-putting to some, it’s completely essential to lighten the mood in what is essentially a thirteen-hour movie introducing us to the world of Hell’s Kitchen.

The first season of Daredevil is some of the best content Marvel has created in their entire cinematic universe. Their decision to go the series route with “street level” superheroes has already proven successful. This mature take on one of Marvel’s most morally complex characters blows away their previous efforts on network television. With series’ revolving around Jessica Jones, Iron Fist and Luke Cage also on their way through Netflix, as well as a team up series with all the characters, Netflix may prove to be the ultimate destination for quality Marvel content for a long time to come. 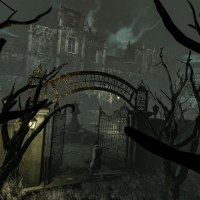