Today, Square Enix and Eidos-Montréal have officially announced that Deus Ex: Mankind Divided is in development for PS4, Xbox One and PC.

Mankind Divided will continue the story of Adam Jensen. It will be set two years after the events of Human Revolution and the infamous ‘Aug Incident’ in Panchaea. Jenson is now an anti-terrorist agent with some new augmentations at his disposal.The divide between those who have augmentations and those who do not, has never been greater.

“For 15 years, Deus Ex has been a point of conversation across the games industry and beyond, whether the topic is the franchise’s unique gameplay or topical narrative focused on advanced biotechnology and human augmentation,” said David Anfossi, Head of Studio, Eidos-Montréal. “What began with Deus Ex: Human Revolution goes to a whole new level in Deus Ex: Mankind Divided, diving even deeper into this discussion and, in turn, offering fans an all-encompassing experience, one which will challenge their skills as players and emphasize decision-making based on real world topics.”

An announcement trailer was also released. Though it doesn’t include any gameplay, the three-minute CGI-filled appetite whetter is pretty awesome. Hopefully, we’ll see some gameplay and get some release date info at E3.

Check out that trailer below. 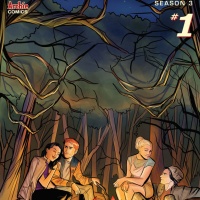