When Legend of Grimrock launched, it was a refreshing change of pace in the video game world. It took elements from games like Ultima Underworld and wrapped them into a fully three dimensional world. Making a first person RPG may not have been revolutionary, but using a tile based system for movement meant that you always had to be aware of your surroundings in order to not be surrounded with no way to escape. The combat was challenging and there were puzzles layered on top of the combat that made it even more difficult. Its success almost guaranteed that there would be a sequel, but Legend of Grimrock 2 is more than a simple sequel. It layers in an open world that makes it feel much larger than almost any other sequel created in the indie market. 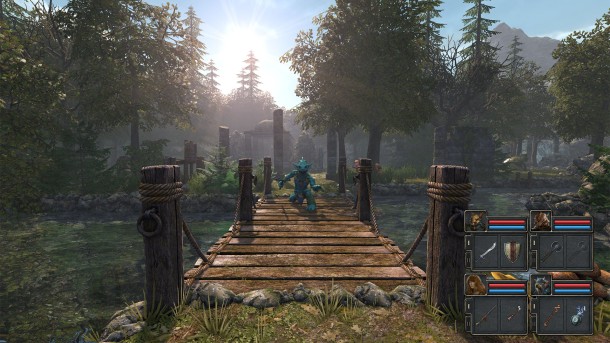 As with the original Legend of Grimrock, Grimrock 2 wastes little time on creating a massive plot of cutscenes. The intro sees your team imprisoned on a ship. However, mid-journey the ship is overcome by a magical force that makes the ship crash onto the island of Nex. You quickly realize that something on the island is looking to challenge your skills as a group of warriors, but what that force is remains to be seen.

From a gameplay standpoint, many of the gameplay elements present in the original game are still present in Grimrock 2. You still move all four characters at once in a first person, tile based perspective with the WASD keys. Positioning your characters still involves rotating them using the Q and E keys. Each character has two hands that can be used to carry items or weapons. 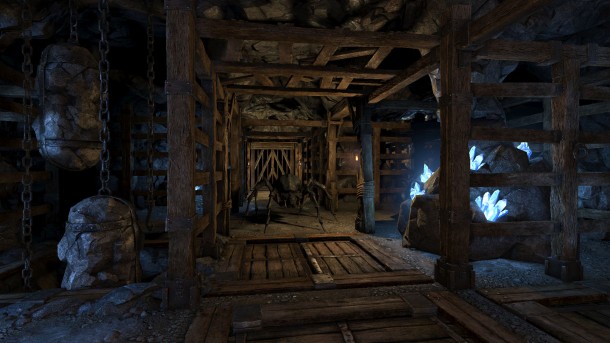 One large change is the move from having bow and arrow combat to having guns. These guns are similar to many old pistols from the 1700’s. While this may seem like a somewhat minor change, pistols also have the chance to jam, making them a somewhat unreliable weapon unless you upgrade your firearm proficiency. However, when they do fire correctly, they can deal massive damage. This can be especially devastating with the new Alchemist class, which specializes in creating potions and using handguns.

Fans of the original, however, will be most surprised when they realize that Grimrock 2 is actually a semi-open world RPG. While Legend of Grimrock was confined to mostly dark passages in a dungeon, Grimrock 2 features a large overworld with multiple sections. On top of this, there are some fairly large dungeons hidden on the island of Nex, meaning that the game still features all of the dungeon crawling action of the original, with even more puzzles and combat in the overworld.

This, however, leads to the game’s main issue. With so much to do in the overworld, it can be hard to keep track of exactly what you need to do to progress in the world. Legend of Grimrock had linear progression; you traveled down each level to try to reach the bottom of the prison. In Grimrock 2, though, that progression is somewhat less clear, since you can travel to many of the different areas of the island early in the game. It can be overwhelming at times, especially since you can get easily lost in the world.

That said, the open world does really make the game stand out from its predecessor. Not only does the game feature an open world, but there is also a new day-night cycle which can lead to some spectacular looking shots when looking at dawn over the open sea. It leads to Grimrock 2 feeling like much more of a world than just a set of dungeons, like the previous game did.

Legend of Grimrock 2 also sports plenty of secrets. Aside from the hidden areas of dungeons that make a return from the original, there are also various treasures hidden across the island. Several are buried and have clues hidden to their whereabouts in various places. If you enjoyed finding all that the original Legend of Grimrock had hidden, you’ll almost certainly love doing it here.

It’s abundantly clear that Legend of Grimrock 2 had a lot of work put in to making it more than just a pallet swapped version of the original Grimrock. While the combat remains the same, adding an open world to it creates a feeling of immersion in the world that the original was sorely lacking. While this world can be tough to navigate at times, it’s also the standout feature of the game and makes Legend of Grimrock 2 feel not only like a worthy successor to Legend of Grimrock, but makes it feel better in almost every way.