Recently, Harmonix reached out to it’s fans through Kickstarter, in an attempt to bring back the game series that started it all for them: Amplitude. With only a few days of funding left, and almost half of their goal still to be reached, we touched base with Harmonix’s own Nick Chester to ask, not only about Amplitude HD, but their experiences working on Rock Band and about their upcoming Xbox One and Xbox 360 Kinect title, Disney Fantasia: Music Evolved.

Why did you guys decide to go back to Amplitude after all these years?

Us wanting to go back to our roots isn’t a new thing by any stretch! We’ve been wanting to return to Amplitude for quite some time, but the opportunity either hadn’t been there or we’d been too busy focusing on other creative endeavors and projects funded by publishers. It’s really something that just kept coming up and not just from one person at the studio, either – so many of us want to revisit Amplitude. For someone like Ryan Lesser, the project’s creative lead who worked on the original game back in 2003, the opportunity go back to that vision that refined and update it is super appealing. Other folks currently on the team just were huge fans of the original, and the idea of being part of creating another one is really amazing.

Take me, for instance: selfishly, I just love the original and would like to be able to play the game without having to lug out a CRT TV!

What are the biggest changes that Amplitude HD will have from the original? Are there any plans on bringing in some of the tracks from Frequency into this version?

There’s the obvious stuff, like our very reachable tech target of being able to render images in 1080p and at 60 frames per second on the PlayStation 4. Visually, the game is going to be getting a bit of an overall visually – a lot of the original visuals were a product of the early 2000s and limited by technology. There’s also the opportunity to expand the game’s soundtrack post release, essentially adding new levels of gameplay, which is something we obviously couldn’t do in 2003 on the PlayStation 2. As for what tracks will be returning, we’re still looking at the best way to build an amazing soundtrack that fits the theme, and that may very well include some returning songs and artists, but it’s a bit too early to commit to anything. 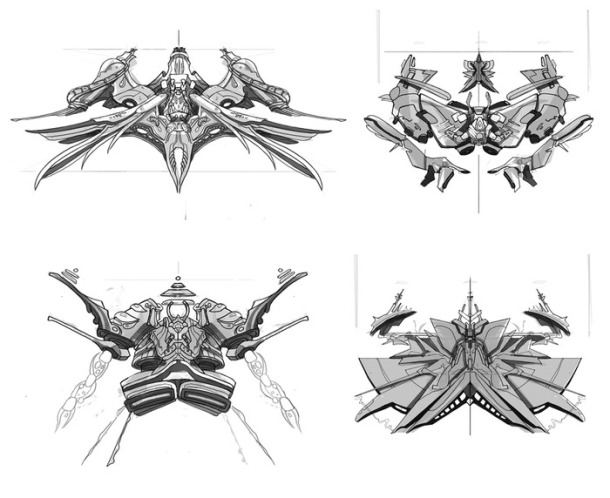 Speaking of track lists, what kind of artists can we expect in Amplitude HD? Also, perhaps more importantly, will Freezepop be making their triumphant return, as Amplitude and Frequency was the place where many fans actually discovered them?

So our base goal is to focus on original music for the game versus some the licensed music from the original. Some of that licensed stuff was great, but there’s a game design challenge there in that these are songs that have already been recorded, and not necessarily with Amplitude gameplay in mind. Having control over the music and actually designing it with beatmatch in mind, having six tracks of fun-to-play music is really important for us. So that’s the focus, first and foremost.

By the time you run this interview, we may have announced some cool music collaborations, too. Let’s just say we know that people associated FreQuency and Amplitude with Freezepop AND we’re big fans, so you know… 😀

Ed Note: This morning, Harmonix announced that Anamanaguchi, Danny Baranowsky and Freezepop would all be included in the games soundtrack, via a Kickstarter announcement.

Obviously, Harmonix has a pretty good relationship with Microsoft so that begs the questions: Are there any plans to bring Amplitude HD to any other platforms?

Without being able to go into too much detail, Sony is the owner of the Amplitude IP as well as other elements associated with the title, so that’s not in the cards. We’re actually pretty excited to be on the PlayStation platforms again, and Sony is a great partner – we’re psyched they’re letting us try to get this thing off the ground!

On the topic of Rock Band, are there any plans to revisit the series any time soon, especially when Rock Band Blitz, seemingly, had such a huge following?

We love the Rock Band franchise, we own the IP, and we’ve love to return to it when and if the time is right. Nothing to announce for the immediate future, though!

Harmonix also is working on Disney Fantasia: Music Evolved. How did you choose the music for that game, especially since the Fantasia films have had such a propensity for classical music?

As with Rock Band and Dance Central, we choose music for a bunch of different reasons. Is it popular and recognizable to a broad audience? Is it a kick ass song? Will it be fun when matched with the gameplay? So you have to factor all of this stuff together and weigh it carefully.

Musically, Disney Fantasia: Music Evolved is probably the most exciting game we’ve worked on, because it’s so broad in terms of genres and tone. Classical music is the most obvious, as that’s what’s traditionally linked to Fantasia. So we were able to pick some amazing pieces – many of which appeared in the original film – and re-record them with the London Symphony Orchestra at Abbey Road studios!

But beyond that, we’re making a game that we hope will be able to appeal to a broad audience, and that meant being able to branch out to other genres and other eras. So we looked to classic rock, electronic music, pop music, modern rock music, and more. In fact, Walt Disney’s original vision for Fantasia was a piece that would grow and change over time, with new pieces of music and animation being created year after year.
You take all of that and you layer in the ability to remix tunes in real time, genre hop within a single track, and the possibilities really became limitless. 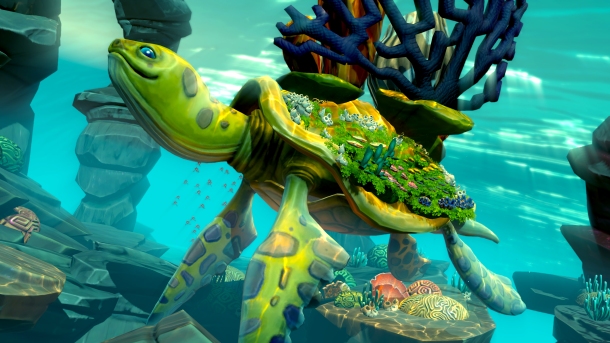 Finally, what is your favorite track from Amplitude?

I actually love the song “Rockit” by Herbie Hancock, but it’s not necessarily the most fun song to play in the game. So I’m going to go with Freezepop’s “Super Sprode,” since it’s a song I so closely associate with Amplitude, and the way it made me feel when I first played the game back in 2003!

If you’re interested in backing Amplitude HD, you can find all of the information here. Disney Fantasia: Music Evolved will launch later this year for the Xbox One and Xbox 360.