Movies / Through The Queue 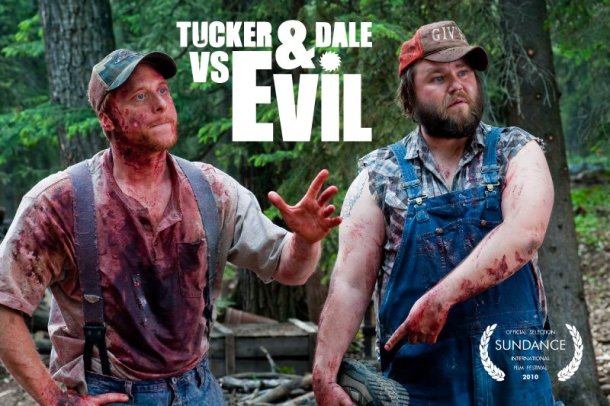 Let’s face it: Netflix has a Queue capacity of 500 titles for a reason. We browse, we see something interesting, we add it, then it’s promptly forgotten, until eventually the wealth of titles sitting there that we know we’re supposed to be interested in is just too overwhelming. If only there were someone willing to watch all those movies for us, both old and new, and let us know which ones were really worth our time. If only there were someone willing to go… Through the Queue. 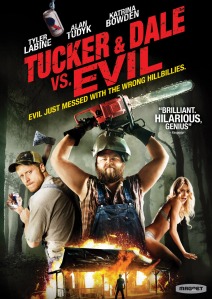 Sometimes things just aren’t what they seem. When you hear the title Tucker & Dale vs Evil it conjures an image of the Evil Dead series, which in a sense wouldn’t be too far off. There’s certainly evil and death involved in this film. But there’s so much more. The movie begins as most horror films do, with a group of teenagers heading off to a cabin in the woods, where along the way they meet a group of really creepy hillbillies.

While starting off as a basic misunderstanding, things quickly escalate into a rising death toll fueled by misperceptions, preconceived notions and everyone jumping far too quickly to conclusions without adequately weighing evidence. Tucker and Dale just want to spend some time in their new cabin retreat, but somehow these college kids just keep dying left and right. To go much further into the plot would spoil some of the mystery and most of the dark comedy, so we’ll leave the twists and surprises out and focus on what it is that actually makes this movie mandatory viewing: the Pillow Method of interpersonal communication and conflict resolution.

You won’t find much on the subject by scouring the internet (which is alarmingly disappointing) so to address in brief a subject that most people would get college credit hours for learning – the Pillow Method is a means of looking at any given situation from four different points of view, to ultimately come to some objective conclusion which incorporates elements of everyone’s perspective. To demonstrate: first imagine some conflict you’ve had with another person, like a family member or co-worker.

The method practices actively stepping into another person’s mental shoes and attempting to understand reasoning behind resistance to your own point of view – normally we consider how we are right in any given situation and how our opponents are wrong. But try stopping to consider how we are wrong and our opponents are right. Then reflect on what principles are shared between both perspectives – how is it you are both right, and both wrong? Then step back from the conflict and place it into a larger perspective, where the disagreement is trivial or not actually worth fighting over. Once those four points, or corners of the pillow are considered, the notion is that you can come a bit closer to the center which acknowledges validity in all points of view.

What does that have to do with this movie? Everything. Just as The Matrix was brilliant for its exposition of Descartes’ philosophy and musings on some Evil Genius running a world which is all some elaborate illusion (yes – that is actually where the idea for the movie came from), so too is Tucker & Dale vs Evil a brilliant exploration of the Pillow Method. So if you’re the sort who likes a bit of the cerebral thrown into a dark horror comedy then this movie is for you. If you aren’t that sort, and would rather just watch the movie because you get to see Katrina Bowden in her underwear, well… I’d just be a hypocrite if I didn’t acknowledge the validity in your point of view. So then maybe we can both agree that there are reasons for checking this title out. Even if movies aren’t really all that important, anyway. 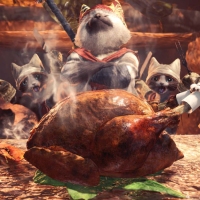 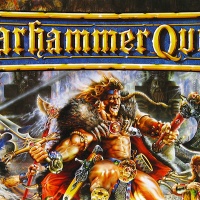