I love independent wrestling. Really, I do. I go to a local show every other weekend filled with guys who wrestle for the love of the sport, and not for million dollar contracts. The independent scene is full of people who more than likely aren’t going to go past the small time promotion they’re in. That’s the sad fact about guys who bust their behinds every week for low pay in front of small crowds of less than 100 people. However, just like any other sport, one must pay their dues. Do you think Hulk Hogan started out as WWF’s top star? No. He was an indy guy; just like everyone else. The top companies, WWE and TNA only take the cream of the crop. Just like most huge companies, they pick the best of the best. Only a handful of people can break in; It’s the same as in baseball, football, and to some degree Hollywood. None of it happens overnight, and when it does happen, it is after years and years of dedication and perfecting your craft. Having been on the internet for as long as I have, I’ve read and seen a lot of complaining and whining. A lot of it has to do with wrestlers whom every smark on the internet thinks should get a shot or a push in the big time. Once upon a time it was all about CM Punk and why he isn’t in the WWE. After that went away it was on to Bryan Danielson, and then it was all about John Moxley, Claudio Castignoli, Colt Cabana, El Generico, The Brisco Brothers, and now, to some extent, Chris Hero. Things are quelled when WWE does in fact sign these guys to developmental contracts, then eventually brings them onto the myriad of shows they produce. Eventually the internet just goes onto the next guy who is “being held down by politics, Eric Bischoff, Vince McMahon, Triple H and Jeff Hardy’s drugs”. And while that’s all good, I’m here to tell you something about your favorite indy stars… At the end of the day they are just that, indy guys. 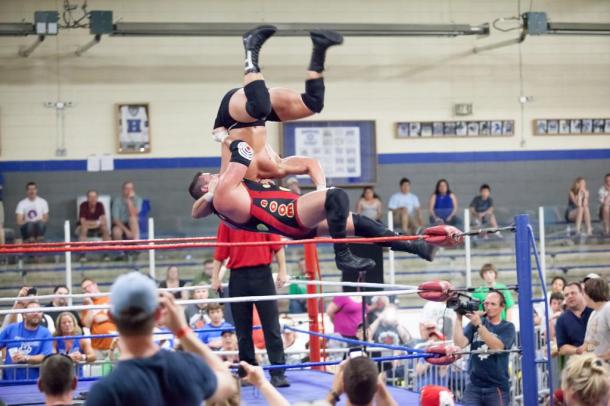 There is a reason that these guys get signed and then go down to developmental. Sometimes a lot of these wrestlers have the raw skills, but lack seasoning. NXT is regarded as WWE’s finishing school. Some of them are sent there to adjust to the “WWE style” of wrestling. No one is being sent there to be punished or crapped all over. WWE sends one of your favorite indy guys to NXT and all of a sudden “ZOMG, they are going to ruin them! Oh, no! Their potential will be wasted on the Full Sail University crowd!!!” When this happens just keep in mind that Vince McMahon and the other suits in the WWE saw something in your favorite indy wrestler. They obviously want them there because they know they can get it done. Vince McMahon is running a business, not a charity. He is not going to put his company in the hands of some indy kid who is still wet behind the ears. One of the rare cases of Vince McMahon sending someone to developmental just because was CM Punk. Punk was virtually in limbo when he was in OVW. He was your favorite indy wrestler who had generated buzz for years in Ring of Honor. It wasn’t just the smarky internet kids talking about CM Punk, but the wrestling world knew he was special. WWE knew well enough to sign him. It took a lot of politicking by Paul Heyman for the WWE to take Punk serious. So far he’s done great things for the WWE lately. While he’ll never be the top draw in the company, he’ll be the guy the smarks love, and the guy who can provide any good guy wrestler with a suitable adversary. Punk’s historic 434 day reign as WWE Champion was the longest of the modern era. And in this day and age that says something about how good a wrestler is inside and outside of the ring. He’s a fantastic wrestler who can talk like the very best of them. Another thing that bothers me about your favorite indy guy is the fact that people put them over big time when they’re wrestling in these small towns. “Wrestler X did a top rope hurricanrana while singing the Star Spangled Banner and drinking a soda pop!!!!!” No one outside of Hicksville, Arkansas cares because nobody saw it. I often say this, not to be mean spirited, but because it’s very accurate: Ring of Honor and the indys are the wrestling equivalent of the sound of one hand clapping. I used to say the same thing to people who used to champion ECW for being “Extreme” and having “better story lines than WWF!!” Steve Austin may have done a Stone Cold type character in ECW, but to be brutally honest, nobody saw it. It’s the same difference as hitting a home run in your backyard and hitting a home run at Yankees Stadium in the World Series. Besides, you’re talking into a 1985 camcorder while standing in front of a poorly hung banner in a badly lit garage. That’s nowhere near the magnitude of cutting a promo in a sound studio with professional equipment. Nor is it anywhere near being in front of thousands of fans at Monday Night Raw or Smackdown with a live microphone in your hand. So, your favorite indy guy isn’t signed by the WWE, but guys like Santino and Hornswoggle are on TV every week! What gives, Vinny Mac?! Besides being very marketable, Santino and Hornswoggle are both tried and true guys whom the suits upstairs know can get it done. They’re out there to put on a show and entertain. They’ve done it before and can do it again. They can be trusted. How did they get on TV in the first place? Santino is an established grappler with MMA training and a heart like a lion. Hornswoggle is a former indy guy who busted his rear end to get to the WWE. Come on, people. Even the rodeo clowns know their job, are experienced at their job, and can execute their job quite well. 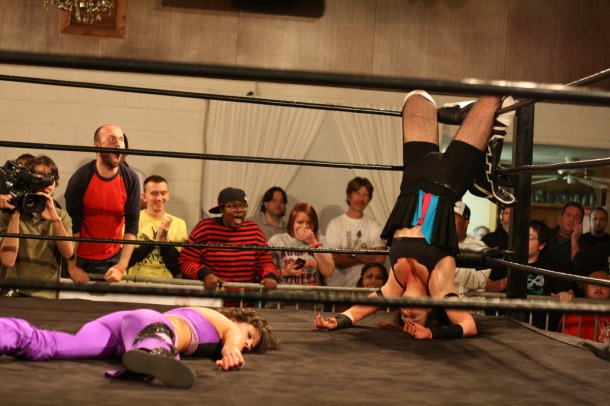 As far as the divas are concerned. Yes, WWE was known for simply hiring models and training them to wrestle. It’s no different than WWF in the 70s, 80s and early 90s training body builders to wrestle and merely putting them on TV for aesthetic purposes only. Why was Kelly Kelly divas champion and your favorite indy gal not even on the roster? Again, it’s about the person knowing their role and training very hard. Trish Stratus was a fitness model when she first started out. But over the years she worked at it and eventually became probably the best technically sound female wrestler in the company since Jacqueline, Ivory and Molly Holly. My favorite indy gal is Athena The Wrestling Goddess. But you don’t see me complaining and asking why she isn’t on television. I believe she’s slowly climbing up there and making a name for herself. Maybe that type of woman wrestler isn’t what WWE wants right now. That’s all fine and dandy, but just like the case of Kharma, WWE does look at hard work, dedication and eagerness to adopt a new style. And no, before she left Kelly Kelly wasn’t that great, but there had been vast improvements in her style since her early days of being the exhibitionist naked girl in ECW. Eve Torres was an NBA cheerleader, and when she retired she had a very lethal wrestling style that I hadn’t seen in a long time. You see, it’s not all bad. All I can say about your favorite indy guy is that you need to have patience. I understand that since we live in an era of instant gratification it might seem like the WWE is ignoring your indy darling, but know that that’s not the case. They have a very thorough recruiting team over there. They need their team to help find the next John Cena, The Rock, or, gasp, CM Punk! Just be patient and your dude will get the call up. Daniel Bryan was king of the indys. And now he has a very marketable character that took several years to develop. He didn’t become The Dazzler overnight!