It seems like just a couple months ago that we were hearing about Firaxis’ new game, an actual reboot to the classic PC franchise XCOM. Unlike the still-in-progress first person shooter, Enemy Unknown is a true turn-based strategy game down to its core. Even better, it’s a very good entry in the waning genre.

The premise of Enemy Unknown is pretty simple: an alien force has attacked Earth, causing the United Nations to launch a joint effort, called XCOM, to respond to the alien threat. As the commander of XCOM it is up to the player to build up a secret underground base, train soldiers, research new technologies and most importantly discover a way to stop the alien threat permanently.

The base building aspect of XCOM is deep and full of difficult choices. You have a limited budget so what you spend your resources on will decide how your game turns out. You’ll have to split your focus between building new weapons and armor, upgrading your fleet of aircraft, building new facilities and more. This half of XCOM is very addicting although the intended monetary limitations of the game make it so that you never really have as much money as you may want. It makes sense as it forces you into tough choices but at times it can feel a bit too constricting.

The other side of the game is the turn-based tactical combat. This is both the true meat of the game and where Enemy Unknown shines the most. You go into each scenario with a squad of soldiers with an objective usually consisting of simply killing every alien you see. Every so often you will be required to save civilians or disarm a bomb but usually these missions also just finish if you kill everything. In other words, prepare to deliver hot death into the

Luckily just killing everything is really fun to do. Being turn based, every soldier has two moves per turn, usually consisting of moving once and completing an action like shooting, using a special ability or taking cover. Every action is based on line of sight, flanking and whether you are on full or half cover. Shooting or using an ability is based on these factors with hidden dice rolls ultimately deciding the outcome. In order to successful it is incredibly important to obtain superior position on your enemies and take high percentage shots.

Just because XCOM is turn-based doesn’t mean it has to look and feel dull. While the camera’s default position is an isometric overhead view, it often swoops down into the thick of battle when you perform actions. This cinematic flair pops up quite regularly when lining up shots, crashing through windows and making a mad dash for the next piece of cover. It gives the game a certain quality that puts you in the action a bit more than just some omnipotent overseer.

Tactics are very important in combat, even more so than most games of this type. A single wrong move can see your soldier die and once dead, they are gone forever (minus reloading an old save). The game can definitely be brutal at points, although too often your soldiers’ deaths feel cheap rather like a mistake on your part. Keeping your soldiers alive is especially important because the gain experience and more abilities as they kill enemies. You’ll also likely gain attachment to them thanks to the game allowing you to name and customize your squad members. It hurts just a little bit more when you lose a soldier who’s been with you for awhile; it’s even worse when he’s named after your best friend.

You spend a significant amount of time in the game fighting aliens but thankfully one thing you will never fight is the controls. With XCOM being such a deep, tactical game there was surely some concern that the console versions would suffer from control problems. This is definitely not the case at all as playing the game with a controller does not feel awkward or out of place. The experience was clearly designed for a controller and it shows. Sure some aspects might have been thought out a bit better but it never becomes a problem. Part of this is due to the turn-based style; you’re never in a rush so it doesn’t matter if it takes a half-second longer to select the correct ability to use.

One aspect that might strike players as a bit odd is the almost complete lack of story in XCOM. The game is essentially a series of randomly generated scenarios with a very basic plotline that really only serves to provide you with your next objective. Fans of other Firaxis Games such as Civilization might not be too surprised at the lack of story but it does feel like something that is sorely missing. This is further felt towards the end of the game when XCOM tries to create an emotional moment into the finale and fails terribly at it.

Still, XCOM doesn’t quite feel like a game that desperately needs a story. It’s a game that is fun enough without much plot and the focus is clearly intended on multiple playthroughs where ideally the story would mostly be ignored anyways. This is further evident if you start a game without tutorials on, which strips the beginning of the game down to even less story.

XCOM Enemy Unknown is definitely a special game. These types of turn-based strategy games just don’t come out very often and they are especially rare on consoles.As far as strategy games goes it’s not pulling out the big story moments of something like Starcraft or even the cheesy, over-the-top plot of something like Command & Conquer. Instead XCOM is perfectly happy to rely on it’s strong game mechanics and that is definitely something the game succeeds very well at. 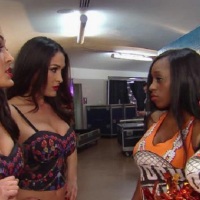